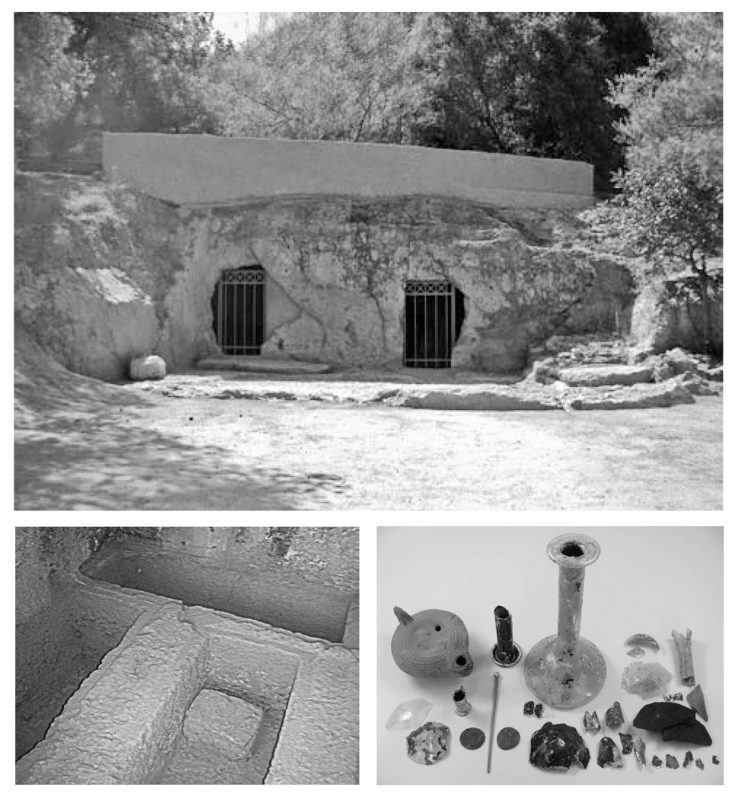 Early Christian period: Residential and funeral use of the Hills

It seems that the area of the Hills continued to be inhabited until the 6th century A.D., while the rock-cut caves near the Pnyx and the grounds of the Observatory suggest that the land served for burial purposes. In the meantime, the Hills maintained their strategic role, and the old fortification was repaired and reinforced by the erection of at least 15 towers. As the city of Athens diminished in size during the end of the Early Christian period, the Hills’ region goes once more desolate.

The façade of the so-called “Deaf-man’s” cave, the graves cut in the chamber’s interior and the findings revealed from the excavation of a pyre.