History only attains its full value by borrowing actuality from geography and topography.

The rocky heights of the Hills have always been a place of inspiration for the passers-by. As the French archaeologist Émile Burnouf, one of the early admirers of the Hills, narrates in the mid-19th century: There, upon the highest areas of the hills the view reaches all the way to the sea and Piraeus, and extends further, to the surrounding mountaintops; the air roves about unhindered. The project ATHENS WESTERN HILLS is an archaeological and historical perambulation of the Hills through valuable testimonies depicted on early maps of Athens.

Apart from the known antiquities, such as the Pnyx and the Philopappos monument, there is a vast archaeological reserve and a noteworthy, as well as inexhaustible, documentation material with regard to the long life of this place. The recording of cartographic and photographic evidence of the past is but one step towards highlighting and transmitting this material that sheds light on some of the most important aspects of history that may be known or occasionally unknown.

The use of GIS has enabled us to set up a meticulous “body” of data pertaining to various periods of time. The final unified material is available freely in a webGIS environment, hoping it becomes a useful tool for the promotion of every relevant research. 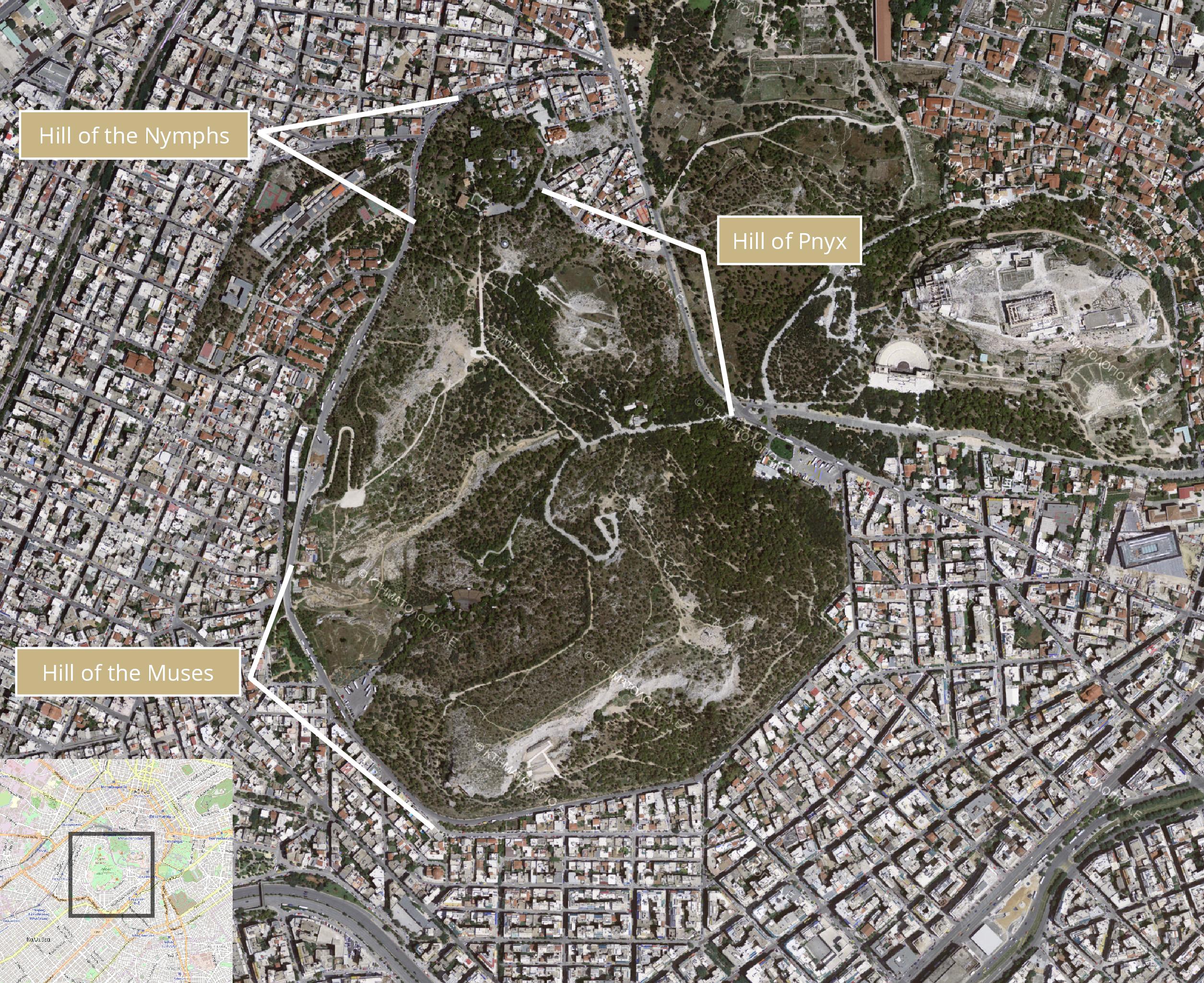 The Western Hills of Athens