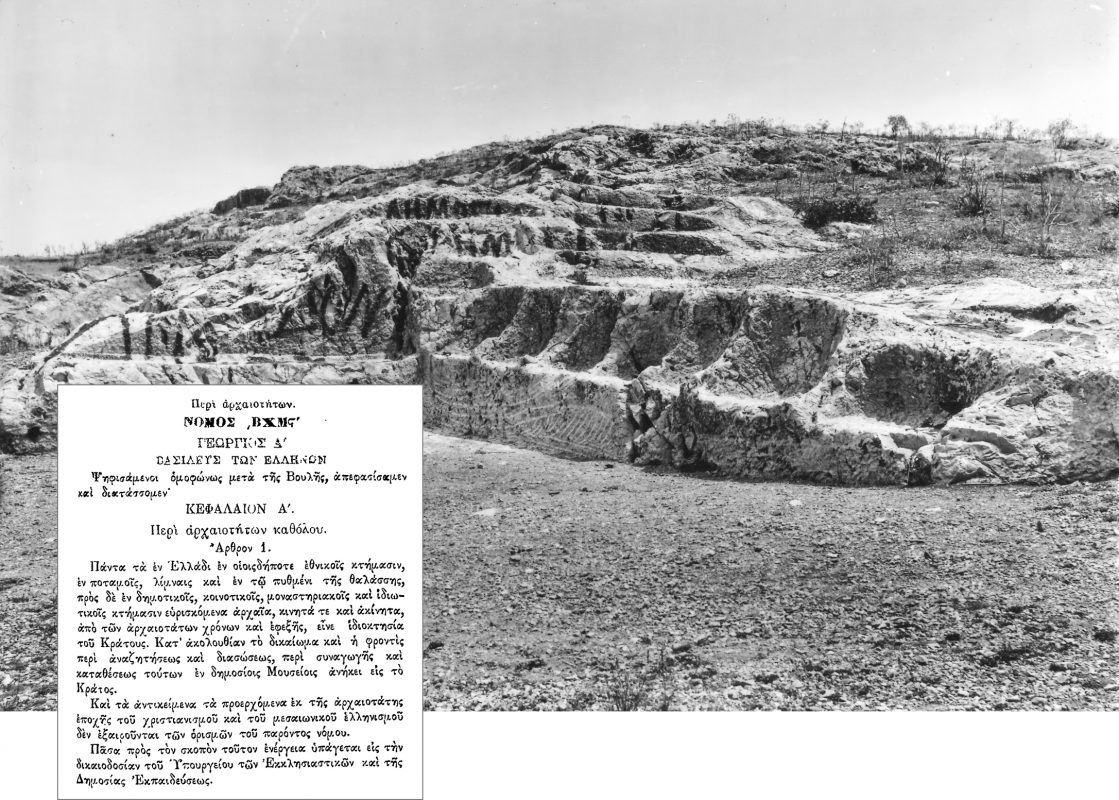 New proprietorship of the rocky heights

The status of the quarries changes definitively by the Act 2646/1899 “On antiquities”, according to which the proprietorship of the rocky heights bearing ancient structures and cuttings come definitively under the authority of the public sector, whereas quarrying and the operation of lime kilns are prohibited in a radius of 300 metres from the antiquities. Notwithstanding the prohibition, the quarries continue their operation in the region of the Western Hills. The Archaeological Service denounces by name quarrymen and land-grabbers, and succeeds in gradually closing down the remaining quarries. From 1923 onwards, quarrying is prohibited on the Havara rock in Petralona, as well as on the whole rocky formation to the northwest of the Hill of the Pnyx, all the way to the flume of the ancient Koile.

Graffiti on the ancient rocks around the so-called Eptathronon. The word “ΔΗΜΟΣΙΟΝ” [i.e. PUBLIC] certifies the new proprietorship of the rocks, averting the quarrymen from any illegal activities.