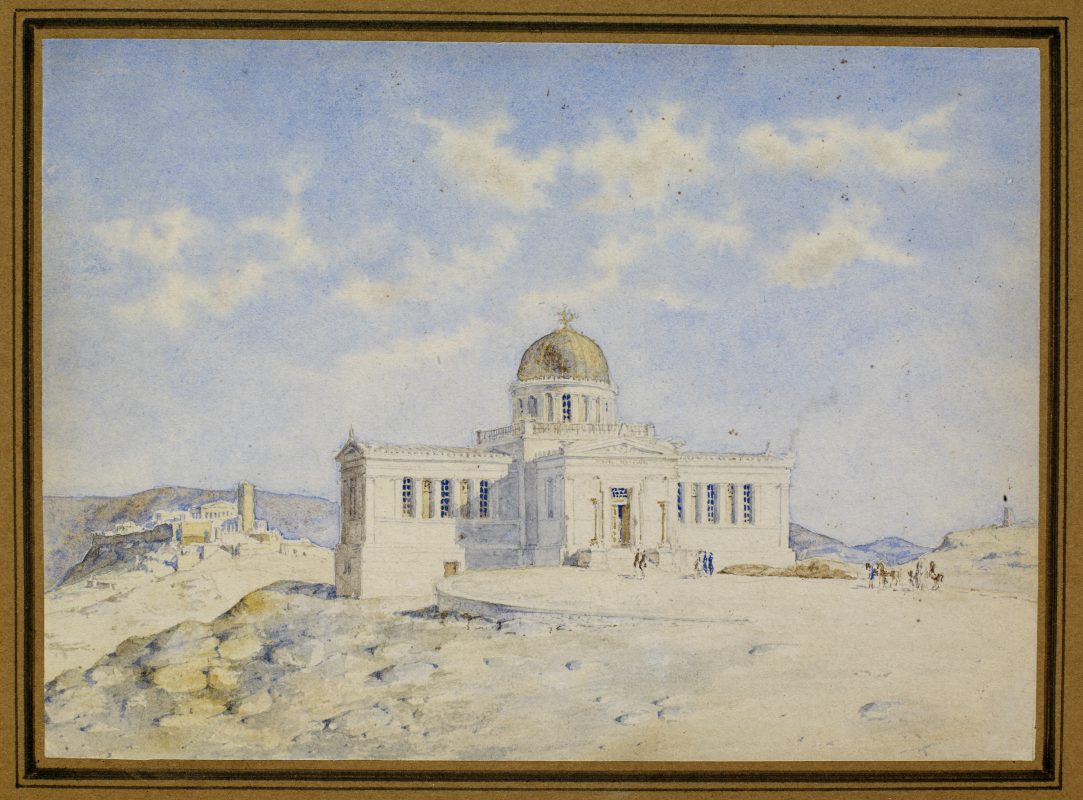 The first research foundation in Greece was housed in a building constructed upon drawings of the Danish architect Theophilus Hansen, and thanks to a donation by the baron Georgios Sinas, consul of Greece in Vienna. It was chosen to be built on the Hill of the Nymphs –contrary to the initial proposal which was the Hill of Lycavettos– and this choice may be related with ancient testimonials mentioning that during the 5th century B.C. the Athenian astronomer Meton made his observations from this very spot. The year the Observatory was erected, the Archaeological Society at Athens once more excavates “at the rear of the Pnyx”, as the Society’s secretary, Alexandros Rizos Rangavis, announces, “a cave coated with mortar, bearing traces of blue dye.”

The façade of the Observatory of Athens, the Acropolis on the left at the far end and the monument of Philopappos on the right. Watercolour by Theophilus Hansen (1842).