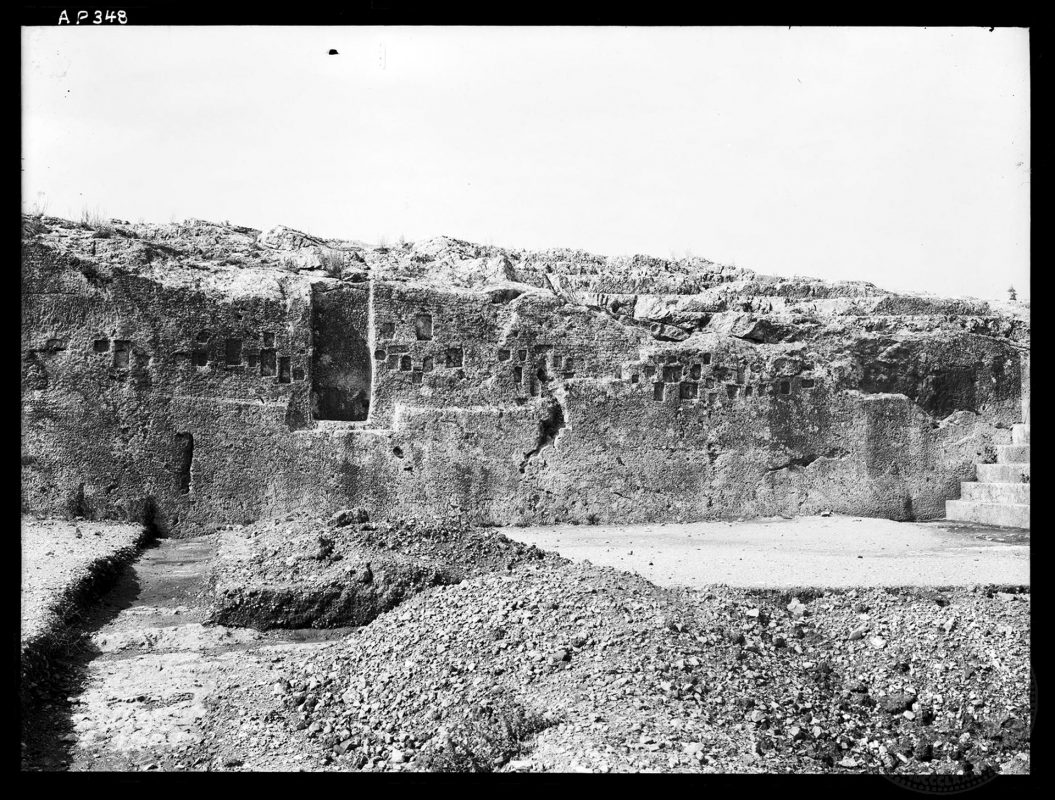 Under the orders of emperor Augustus (31 B.C.–A.D. 181) the monumental altar of Zeus Agoraios, patron of the orators, is being transferred from the Pnyx to the Agora, in front of the Metroon (Registry), and the operation of the Ekklesia (the Assembly Place of the people) is interrupted. Towards the end of the 1st century A.D. and close to the bema of the Pnyx, the sanctuary of Zeus Hypsistos is founded with niches cut in the face of the scrap; it would be in use for another 200 years.

Rock-cut niches next to the bema of the Pnyx, a spot for leaving dedications to Zeus Hypsistos who was considered a healer god. Photograph taken in 1930.