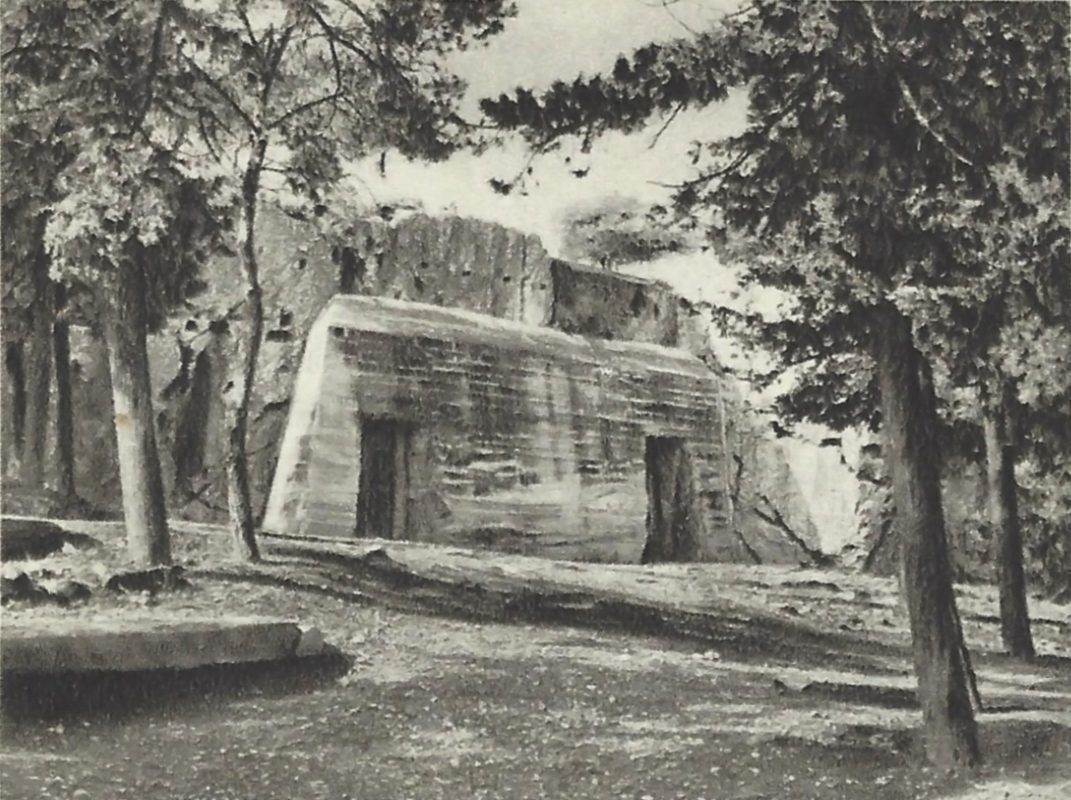 The commonly called “Prison of Socrates” becomes a hideaway for antiquities

In view of the imminent national threat, on the eve of the Occupation of Greece (1940–1941) and soon after Greece entered World War II, archaeologists use this spacious construction cut on the rocky slope of the Hill of the Muses (Philopappos) as a safe place for hiding and protecting antiquities of the National Archaeological Museum.

During World War II, the so-called “Prison of Socrates” is supported by reinforced concrete in order to host and keep safe a great number of antiquities that were endangered either by bombings or pillaging. Photograph S. Meletzi.